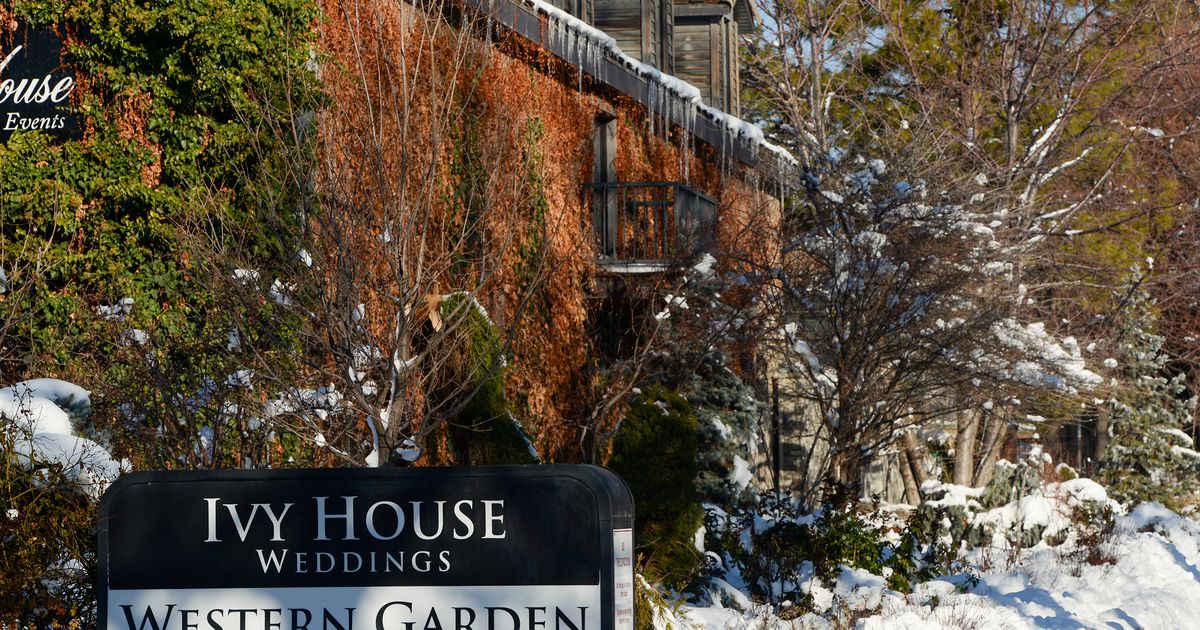 Western Garden Centers will close after “a few more seasons”

By: Raymond I. Bobo
In: Garden centers

The very last green shoots from the Western Garden Centers near Trolley Square could be a year or more away, but the news of its permanent closure is sad and empty for many Salt Lake Valley growers.

Longtime owner Lon Clayton says Utah’s darling garden variety paradise at 550 S. 600 East will stay in business “for a few more seasons” – at least. But as the son of the founder and primary owner, he confirms that they are pursuing approval of a rezoning of the property, with plans to ultimately close and sell the retail site for residential development.

“It has been a wonderful business for me and my family for generations,” said co-owner Clayton, including longtime store manager Lee Pettit in this extended clan. “And it’s very sad for us to do that, but we’re old men now, and there’s no one new in the family – or not in the family, for that matter – to take over.”

(Chris Samuels | The Salt Lake Tribune) Western Garden Centers on 600 East in Salt Lake City on Monday, December 20, 2021. The 70-year-old nursery owners have asked to rezone the site with plans to replace it with a new resort. of apartments.

The decision to sell the prime 2.28-acre lot whenever new zoning could pass did not depend on money or increased land values, the owner said, nor a particular desire to help build more apartments as part of the city’s latest growth spurt.

“What happens to us,” Clayton said, “is old age. It’s a bittersweet pill to swallow, and we hated swallowing it until we were too old to unload packs of. plants.

Clayton said the Western Garden Centers will continue to operate while the rezoning of the commercial site for the redevelopment is considered by City Hall in a partnership with developers at Salt Lake City-based Cottonwood Residential.

Another landmark goes – to more apartments

(Chris Samuels | The Salt Lake Tribune) Lee Pettit visits the Western Garden Centers on 600 East in Salt Lake City on Monday, December 20, 2021. The owners of the 70-year-old nursery have asked to rezone the site with plans to replace it with a new apartment complex.

This is a rare intermediate plot of this size, which some developers are considering as an apartment project. Clayton and his partners are looking for a so-called forms-based zoning change that would, among other things, add residential density and office uses to replace the 72-year-old garden center and spacious parking lot.

The first zoning map modification application notices were filed in April. In a presentation to the city’s Central Community Council, the folks at Cottonwood Residential said the planned apartment complex would be between three and four floors. The developers also said they wanted to use the new zoning “as an opportunity to create a unique community in the neighborhood” with its own parking lot and to support the commercial outlets in adjacent Trolley Square.

The owners “see this redevelopment as part of their retirement plan,” the request says, “and would not consider continuing to operate there under different circumstances.”

(Salt Lake City) Map of the neighborhood surrounding Western Garden Center, 550 S. 600 East in Salt Lake City. The owners of the 2.28-acre parcel have applied for rezoning to allow for a multi-family housing project.

The infill development in Central City is one of many similar projects taking shape in already established residential neighborhoods in the Utah capital, as open fields for new housing become increasingly scarce.

The list of long-time familiar and beloved retailers in the city announcing their closures since the arrival of COVID-19 is already long, but this one triggers a particular sense of loss for many green thumbs, long plagued by the parched weather. and capricious of Wasatch.

There have been a wave of calls to say it isn’t and bewildered tours of the entire Salt Lake Valley, said Pettit, who is also president of Western Garden Centers.

Part of this difficult letting go has deep roots in the city’s history and landscapes. With all kinds of trees, perennials, vegetables, fruits, seeds, pots and other supplies arranged on easy-to-walk outdoor shelves and concrete paths, employees cultivate and spread the wisdom of plants for seven decades.

(Chris Samuels | The Salt Lake Tribune) Western Garden Centers on 600 East in Salt Lake City on Monday, December 20, 2021. The 70-year-old nursery owners have asked to rezone the site with plans to replace it with a new resort. of apartments.

Their products are sourced from local growers and suppliers, making them a benchmark for Utah native plant species and soil knowledge.

Helping growers find what matches the prevailing conditions, in turn, has helped tie gardeners to their own beloved grounds, enlivening all those backyards, green spaces, pots and plots of land season after season, to across the Intermountain West, for three generations.

“We’re plant geeks,” Pettit added, as if he had confessed. “We love what we do. It was fun to share that.

Along with the sense of loss, there is a new layer of bonding to let go, fueled by a lot of therapy and healing that clients have found while pushing things through the worst of the pandemic. Like so many businesses, the center ramped up curbside pickup amid those early blockages, and Pettit said business has remained strong through the seasons since.

“People have turned to gardening because it has helped allay some of the challenges created by COVID,” he said. “And we tried to be there for them.”

Sandy’s family location closed three years ago. With regard to a remaining outlet at 4050 W. 4100 South in West Valley City, “we’ll keep this store going,” said Pettit, 70, “but there are a lot of customers on this side of the valley. who “I’ll never cross, which is sad.

(Chris Samuels | The Salt Lake Tribune) Lee Pettit visits the Western Garden Centers on 600 East in Salt Lake City on Monday, December 20, 2021. The owners of the 70-year-old nursery have asked to rezone the site with plans to replace it with a new apartment complex.

Now 75, Lon Clayton worked in the East Side Garden Center as a teenager and eventually took it over to his father, Sub Clayton, who started in the regional gardening business in the 1920s. and helped open the current outlet in 1949 as “the newest and largest nursery and seed center” under Porter Walton Co.

There were two specials that kicked off the month of February – a six-pack of 50-cent sweet peas in scarlet, salmon, lavender, white, rose-pink, and medium blue as well as five ‘world-famous’ rose varieties, for “the start of a very beautiful rose garden” – for $ 4.95.

The Western Garden store has also managed to survive fierce competition through decades marked by the growing dominance of national chain stores, which has pushed countless other small Utah gardening and nursery businesses into the United States. oversight.

It boiled down to a lot of loyalty, Pettit said, “and shopping local”.

(Chris Samuels | The Salt Lake Tribune) Western Gardens on 600 East in Salt Lake City on Monday, December 20, 2021. The owners of the 70-year-old nursery have requested the site to be rezoned with the intention of replacing it with a new apartment. complex.

“We’ve had a tremendous customer base and support,” he said on a snowy day recently, walking past the store’s inventory of potted and freshly cut Christmas trees.

“When you walk in people are helping you,” Short said, “and they know what they’re talking about.”

About ten years ago, an ivy-covered building adjoining the shop and nursery at 600 East was converted into a small event venue, with some success as the Ivy House Weddings. Otherwise, Pettit said it was quite surprising how little the venue has changed overall, retaining much of the open feel and producer-centric simplicity he had since his time. opening.

(Chris Samuels | The Salt Lake Tribune) The Western Garden Centers event space on 600 East in Salt Lake City on Monday, December 20, 2021. The owners of the 70-year-old nursery have asked to rezone the site with plans to replace with a new apartment complex.

“We appreciated the people who trusted us with their gardens and lawns,” added Clayton, reflecting on his success. “We think we have been well rewarded for helping the people and those who have been so kind and faithful to us over the years have made this effort worthwhile.”

After a Dec. 8 hearing on the zoning change, the city’s planning commission recommended that city council approve the request. So now, because the plot is in the historic Central City district, the Historic Monuments Board will be looking at the plans.

Discussions begin in January on the design of what could grow there else, in accordance with the look and feel of the surrounding neighborhood.